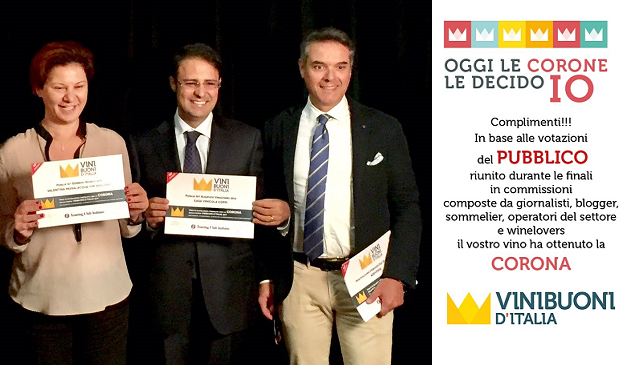 Throughout Italy and the world there is a passion for vineyards, now also for the Murgia dei trulli vineyards, in the wake of the increasing success of COPPI WINES from Turi. The Gambero Rosso, from their ‘BEREBENE’ GUIDE 2017 edition, highlights the entrepreneurial ability of the Coppi family to produce excellence that is distinguished by the best rapport between quality and price. Among the 718 oscar, carefully selected from throughout Italy, was COPPI WINES, PRIMITIVO SINISCALCO ’14, as reported in the 27th edition in which the maximum price threshold for selection has been increased to 13 Euro’s. The awards will be presented on Sunday, November 13 in Turin, the City of Taste.

IN BRIEF – SINISCALCO Primitivo I.G.T. Puglia in the glass, is cloaked in a lively bright red, velvety on the palate and an accompaniment to succulent dishes such as breaded Prague ham, meatballs in cream sauce, venison, sausages and cheeses.

which is the VINACCERO (IGP Puglia Aleatico), vintage 2012. The crown has been attributed by the Guida ai Vini Buoni d’Italia del Touring Club Italiano. In Puglia, the VINACCERO is the only wine selected from the ALEATICO grape, which is usually vinified as a sweet wine, but Coppi, with their wine wisdom have made it an extremely versatile wine for every meal combination.

IN BRIEF – VINACCERO Aleatico IGP Puglia to be brought to the table in the moments when we want to splurge on a smooth wine, it is enveloping and brings about harmony in combination with dishes ranging from fish, white meats, soups, through to desserts such as strudels and pies.